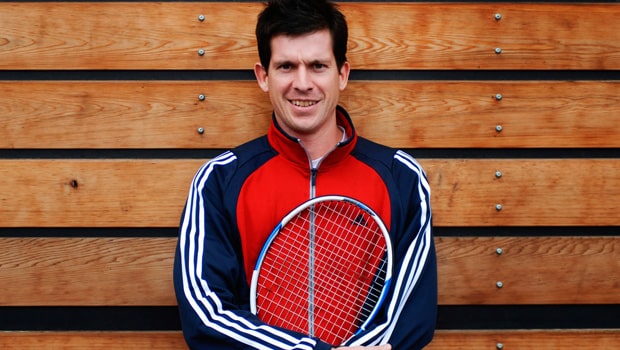 Tennis fans all around the globe are very excited and thrilled as they are waiting to see Roger Federer back on the court. The Swiss superstar is set to return after 14 months at the Qatar Open 2021 which is scheduled to start next week. While it will be very exciting to watch the Swiss some experts have their doubts over his fitness.

Recently British tennis legend Tim Henman claimed that it would not be easy for Federer to come back and play at his earlier level. Henman feels that the early level was so high that the Swiss maestro will struggle to get there.

“His old level is so high, he’s not going to come back just to be making up the numbers,” said Henman.

The expert claimed that despite Federer’s best effort of making a comeback it will be difficult for him. The Swiss will turn forty years old in the coming August and therefore Henman feels that he will struggle to play like he once did in his younger days. He also added how Federer will be looking to win Grand Slams and other events and would not make a comeback just for the sake of it.

“He wants to be back competing to win the biggest and best tournaments. And that’s not going to get any easier as you get close to your fortieth birthday. But he’s working incredibly hard, I’m sure,” added the former World No.4.

The Briton also opined how he feels that Federer is one of the most mesmerizing players and fans are lucky enough to witness him for so long along with legends like Rafael Nadal, Serena Williams and Novak Djokovic.

“For me, he’s [Federer is] the most mesmerising player we have probably ever had in our sport. Tennis is blessed with some huge icons of the sport and of sport. Federer, Nadal, and Djokovic, Serena Williams, they are as big a star as you can get,” Henman opined.

Therefore the 46-year-old wants the fans to appreciate these legends till the time they are around and playing the sport, as one day everyone will call time to their career. “But they’re not going to be around forever. So it’s important that we do enjoy them while they’re still competing,” concluded Henman.