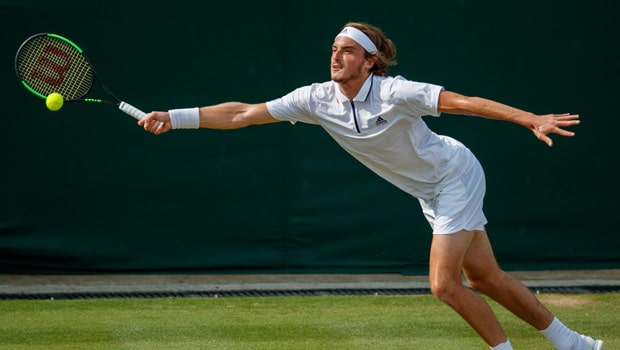 It has been a season full of heartbreaks for current World No.5 Stefanos Tsitsipas. The Greek tennis star has not had a great 2021 till now despite reaching the semifinals of the Australian Open and even in Rotterdam Open but he managed to blow them out twice. He simply has not shown that character and grit to win tough encounters mainly at the business end of the events.

Tsitsipas recently succumbed to a defeat against Poland’s Hubert Hurkacz in the quarterfinals of the Miami Open once again keeping his trend of fizzling out under pressure.

In a recent interview the World No.5 was asked whether he would like to make any changes to his coaching team to shake a few things up for the upcoming tournaments, to which he agreed and shared that he wanted Brazilian legend Gustavo Kuerten in his team.

“I keep in touch with Gustavo Kuerten, he has helped me a lot. I trust him, I feel we have things in common,” said Tsitsipas in the interview.

The 22-year-old revealed a secret that Kuerten has helped him improve his game and he also has a few things in common with the Brazilian. Therefore the Greek wanted the 3-time French Open winner in his coaching team. He also opened up how it is important to take suggestion from Kuerten as well and listen to what he says.

“I wish I could have him with me, but it is important for my career that we talk, that he can help me,” added the Australian Open semifinalist.

This is not the first time that the 22-year-old has shared his admiration for the Brazilian tennis legend Gustavo Kuerten. Tsitsipas approach him with a coaching offer earlier as well but the Brazilian declined it. However now again the World No.5 is openly asking Kuerten to help him and it will be interesting to see if the Brazilian pays heed to his call for the second time.

However, in the meantime, Stefanos Tsitsipas will be looking to iron out his mistakes on the court as he prepares for a big clay-court season. The Greek tennis star will ply his trade at the Monte Carlo Masters 2021, he will be keen to play fearless tennis and carry that momentum to the Roland Garros this season.