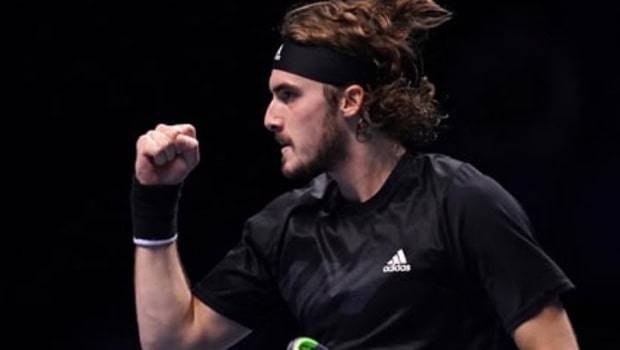 Over the years Roger Federer and Novak Djokovic have been great ambassadors for tennis. They are legends who have inspired so many young talents to take up the sport professionally. However, recently Djokovic played some sensational tennis and broke a lot of records in the process. The Serbian superstar is very close to breaking Federer’s record of being the World No. 1 for 310 weeks. In the following weeks, Djokovic will script history and surpass the Swiss legend.

But still, Greek tennis star Stefanos Tsitsipas feels that both the players have done great things. While Federer was his idol during his early days and one of the reasons to take up the sport, Tsitsipas also holds immense respect for Djokovic. He feels that the current World No.1 has achieved several accolades in the last 7-8 years and he is only getting better with every passing year.

“It’s unbelievable. Federer in my eyes has done incredible things in tennis. Not that Djokovic hasn’t done it, but for me, Federer has always been an idol I grew up with. The things Djokovic has accomplished later. The last 7-8 years are unthinkable. It has raised its level so much, every year it seems to get better. All I can say is a big thumbs up,” the 22-year old Greek said.

The World No.6 had a decent Australian Open where he reached the semifinals where he lost to Daniil Medvedev in straight sets. However, his best moment was when he defeated Rafael Nadal in the quarterfinals after being two sets down only to script history. He is currently in action at the ATP Rotterdam Open where he will be facing Egor Gerasimov from Belarus in a Round of 32 clash.