Home » Tennis » “Roger Federer is far from his best,” said Richard Gasquet ahead of their Wimbledon second round clash

“Roger Federer is far from his best,” said Richard Gasquet ahead of their Wimbledon second round clash 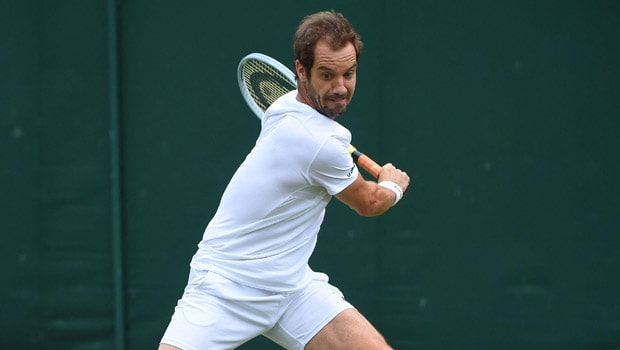 Roger Federer started his Wimbledon campaign with a gruelling win over Adrian Mannarino in the first round. The match was all set to dive into the final set but Mannarino’s leg injury meant that he could not continue any further. Therefore Federer survived a scare and now he will be facing another Frenchman in Richard Gasquet. The 35-year-old believes that Federer is not even a shadow of his former self and hence he weighs up his chances of winning the clash.

Gasquet defeated Japan’ Yuichi Sugita 7-6, 4-6, 6-2, 6-1 in the first round and admitted that Federer is in his decline. However, the Frenchman was honest enough to admit that his stocks have also fallen from where it was once. But he revealed that he was very motivated to put up a good fight against the Swiss legend.

“Certainly he (Roger Federer) is worse (than before), there is no doubt but for me too,” Gasquet said during his press conference. “I’m like him, even though he’s older than me, we’re at the end of our careers. I think there are things to do and I’m going very, very motivated to try to win this game. When we go on the court, it’s to win.”

The 35-year-old pointed out how Mannarino gave Federer a tough time and that, according to him, suggests that the 20-time Grand Slam winner is far off from his best.

“He is not as good as before but I am also weaker than before,” he added. “Adrian has bothered him so it’s because he is worse off than before he will certainly play better in the second round. I will try to make a great game.”

Gasquet has beaten Federer only twice in his career out of total 10 meetings between the two players. For now, he is excited to play the Swiss in the second round at the Centre court.

“I want to enjoy playing Federer again, I played Nadal at Roland Garros, I can play Federer here, it’s fabulous for me because I had complicated times so I’m happy to be able to play him again on certainly the greatest court in the world,” the two time Wimbledon semi finalist concluded.