It might be impossible to break Novak Djokovic’s records: Former US Open champion Justine Henin 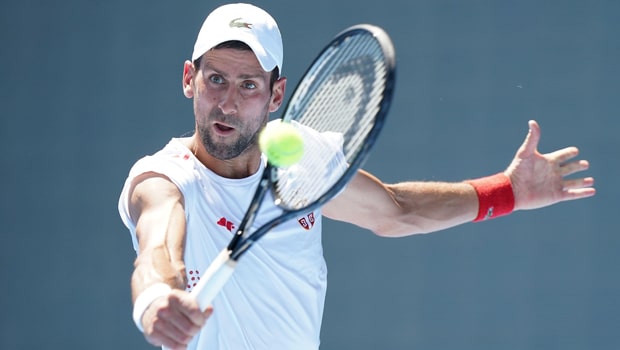 Former US Open champion Justine Henin reckons it might be impossible to break Novak Djokovic’s records. Djokovic has already won 20 Grand slam titles in his glorious career and he is looking good for many more. The Serbian is playing at the top of his game and it is not going to be easy for the next-generation players to put brakes on him.

Djokovic is undoubtedly the most successful player in Tennis history and his record speaks for himself. The World no.1 has clinched a total of 85 Singles titles in his illustrious career.

Furthermore, Djokovic had also broken Roger Federer’s record of staying at the numero uno position in the ATP Rankings as completed 311 weeks in the second week of March 2021. Thus, Djokovic has achieved almost everything in the sport and many analysts believe that he is going to win more Grand slams in his career.

Djokovic has been in sublime form as he has won three majors in the ongoing season and he will be chasing history at the US Open. The World no.1 has a chance of winning Calendar Slam and become the first player to do so after Rod Laver achieved the milestone back in 1969.

“I think Novak Djokovic is the one who’s going to hold the records very quickly and I think it’s going to be very, very difficult to go after them. A lot has happened in the last year. His disqualification at the US Open last year, a stinging defeat in the final at the French Open, and after that at the Australian Open, there’s a lot at stake because there’s the ego of the champion where he wants to win Grand Slams.” Henin, speaking as a Eurosport expert, said.

“He wants to get closer, and he did something very, very strong at the Australian Open. Obviously, for me, it’s all about that match against Nadal at the French Open, where he came back from two sets down. You can feel for Novak Djokovic, everything is always a little bit complicated, but in the end, very regularly, he comes through.”

“I’m not going to say that other people aren’t competitors. You don’t win 20 Grand Slams in your career… They are huge champions and you can’t compare all three of them. But if we’re talking about records, I think Novak Djokovic is going to be in the best position very soon and it might be impossible to go after.”

Meanwhile, Justin Henin, who won seven Grand slam titles in her glorious career, believes Alexander Zverev will be a major threat for Djokovic. Zverev recently defeated Djokovic in best of three sets in the semifinal of Tokyo Olympics and then also went on to win the Western and Southern Open. Ergo, the German will be entering the US Open high on confidence.

“I think Zverev has evolved a lot. He’s made some progress, obviously mentally. I think that beating Novak at the Olympics is going to win a big title. I think it’s going to be a big moment in his career anyway. Is that going to be enough?” “Last year he was very, very close to being able to win the US Open in different conditions. I think he’s a guy who’s evolving his game. He beat Novak at an important moment. It wasn’t a Grand Slam and so that’s what we’re going to question.” she added.