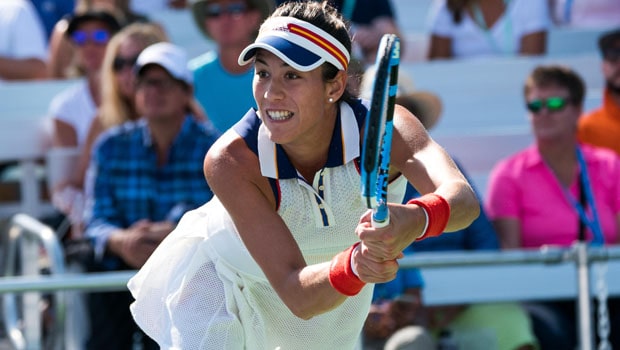 The former World No. 1, Garbine Muguruza was recently featured at the WTA Volvo Car Open in Charleston. The Spaniard recently spoke about her views on WTA rankings and her current position. Muguruza also had the experience of being at the top of the pile but she now feels that winning trophies is better than rankings especially at the stage of her career.

“I feel like I stopped thinking about rankings a while ago. I didn’t know before when I was more in my early 20s. I was you know, just thinking okay, I want to achieve this number this ranking or you know, and now likely I feel like I’ve been in every number and all of that and it really doesn’t matter at the end is just holding the trophy and being on those finals and being you know, what matters,” said the two time Grand Slam winner.

The 27-year-old admitted that early in her career she used to care a lot about the rankings and that would add more pressure to her performances. But as she has matured as a tennis player she has understood that the focus should be more on achieving bigger feats at events.

“So I failed naturally, I stopped thinking a little bit of the ranking and start focusing on playing well getting to the last rounds, and then you know, the ranking will come and you’ll have a nice number, but I feel like yeah, more concentrated on getting there to the final rounds,” Muguruza added.

The Spaniard enjoyed a great phase during the 2016-17 and it is during this time people understood her potential. In 2016 she won her first Grand Slam- French Open. She followed it up with Wimbledon in the next year and in 2017 only she attained the no. 1 rank for the first time in her career.

Recently Muguruza has been in good touch as she reached the finals of the WTA Qatar Open eventually losing to Petra Kvitova. However, she followed it up by winning the WTA Dubai Championships beating Barbora Krejčíková in the finals. So it will be interesting to see her progress as we build-up to the Roland Garros this season.