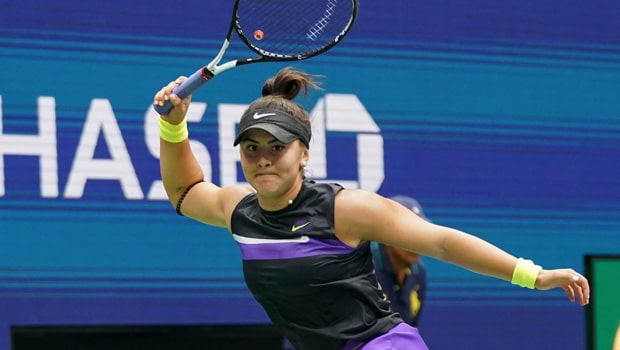 It has been a tough start for Canadian sensation and 2019 US Open winner Bianca Andreescu after she got knocked out of the Australian Open in the second round by Su-wei Hsieh. She then played in the Philipp Island Trophy and there also she could only reach the quarterfinals before being knocked out by Czech tennis player, Marie Bouzkova.

The 20-year-old shared her thoughts in an interview with Mail and The Globe where he revealed her love for mandala painting and how it kept her away from the Tour for a long time mainly when she is injured or even stressed.

She said,” These cosmic diagrams of the universe have served me a lot on a creative level. They helped me stabilize, integrate and rearrange my inner life. They helped me tremendously when I went through times of stress or when I couldn’t sleep thinking about the long injury I was facing. I recommend them to anyone who is having a hard time. They are very therapeutic. We, tennis players, travel the world all the time and having so much free time has been a blessing.

I had the opportunity to do some things that I otherwise would not have been able to do if I had been on the circuit playing tournaments. I developed new habits, new passions. It was very good for my mental health and certainly for my physical health as I was injured and needed to rest to recover 100%. I remember when I was preparing for the Australian Open, I burst into tears because I was going back to playing a tournament,” the Canadian revealed.

“It was very difficult to prepare for my return knowing that I had so many months to get back in shape. Sometimes I didn’t even want to get out of bed, but I told myself that I had to keep working if I wanted to fulfill my dream of becoming number one in the world.”

Despite the hiccups at the Australian Open and then at the Phillip Island Trophy, Andreesu feels that her tennis is here and all she needs to focus on now is her physical health and is also looking to find her rhythm.

“I know my tennis is here. What I need most is to improve my physical appearance and find the rhythm of the competition. We have had a lot of time to work on this, but I think we will end up doing it based on the matches. I feel stronger than ever,” she concluded.

Andreescu in her young career has shown glimpses of what a force she can be in the upcoming years. She became the first Canadian woman to win a Grand Slam after she triumphed at the 2019 US Open. Currently, she is looking to get back to her best after being sidelined for a considerable amount of time due to injury.