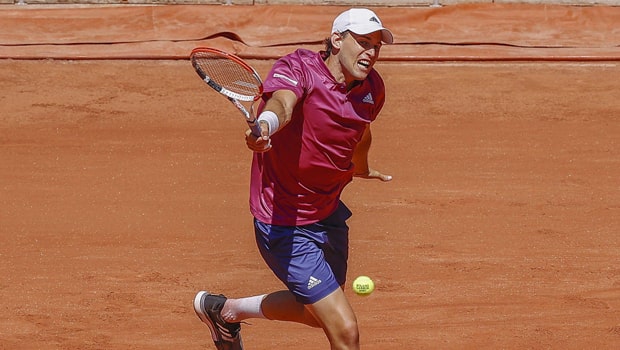 It has been a long time for Dominic Thiem to remain on the sidelines after he suffered a wrist injury at the ATP 250 event in Mallorca. He also had a season to forget in terms of results.

While his fans are desperate to see him back in action on the court, Thiem has finally come up with an update regarding his health. The 27-year-old has shared some positive news assuring everyone that his wrist injury is now fine and he will be back in action in no time.

I feel in top shape. I was allowed to do everything that didn’t put a strain on the wrist,” Thiem was quoted as saying by Kleine Zeitung. “I ran many kilometers, including footwork, playing tennis with my left hand.”

“Maybe that’s the good thing – if there’s something positive about the injury – hopefully it won’t be long before I can come back (and) play right again. Because physically I am in top shape,” he added.

The Austrian is keen to defend his US Open title but he has not had much practice. The 27-year-old has also withdrawn himself from the latest events in Canada and Cincinnati Masters, so it will be a tall task ahead for Thiem to return to the Flushing Meadows.

He will also have events like the Indian Wells and Vienna Open to defend and a return from here on will help him put in good stead for his qualifications at the ATP Finals.

Some questions regarding his private life was also asked during the interaction where the Austrian made it clear how the media should respect people and their personal space. The questions were mostly regarding his alleged girlfriend Lili-Paul Roncalli.

The duo are very famous among tennis fans and most people are sure that they are a couple mainly due to their chemistry in photos. Both Thiem and Roncalli were seen together in many places. Recently they were spotted at the Austrian Grand Prix.