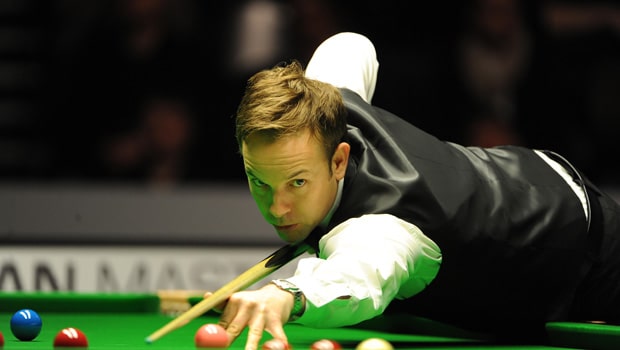 Ali Carter may not have the glamorous season that the likes of Judd Trump or Ronnie O’Sullivan are having. But the veteran is doing more than enough to steal the headlines at the 2021 Snooker Pro Series. Who garners four centuries in a game?! The two-time world finalist shocked the snooker world when he marched to the top of Group H with four century breaks.

This incredible feat came in his sixth win from seven matches. This win takes up to the summit of Group H and an enviable total of 18 points. He’s now progressed to the last-32 of the tournament to join the likes of Mark Davis.

Davis won his final group games 2-0 against the two-times world finalist, Carter, following his other wins against Dylan Emery and Hamim Hussain. Carter seems to be in the form of his life having reached the last-32 of the last Gibraltar Open and last-16 of the Welsh Open.

He’s continued on that trajectory and reeled off intimidating century breaks of 141, 135, 103 and 101 to see off his opponent.

Elsewhere, there was a father-son battle. It’s the first time in nearly three decades that the snooker world will play host to a father-son duel.

Oliver lines thumped his father, Peter Lines by a 2-0 scoreline to move top of Group J. The last of this kind of duel to grace our screens was 35 years ago when Neal and Geoff Foulds squared it off on the table. They went on to play against each other one more time before retiring.

Just like it happened now, it was Neal, Geoff’s son who came out tops. Ever since Oliver moved up to the pro ranks in 2014, there’s been lots of talks about the possibility of locking horns with his dad. Seven years after it has happened.

The duo would probably hope not to have this kind of fixture anymore. And if they do? Who cares! It’s just a sport.

Just like Carter, Oliver, 25 won six out of seven games in the group stages to top Group J. However, he will be topping English compatriot, James Cahill only on frame difference. 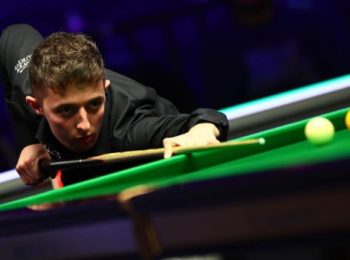