Julian Nagelsmann a big fan of Federico Chiesa, but Bayern not in condition to match Fiorentina asking fee 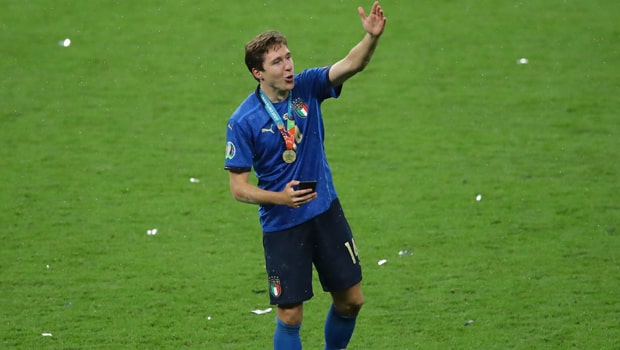 Bayern Munich manager Julian Nagelsmann has admitted that he is a big fan of Italy’s European Championship hero Federico Chiesa. But the German giants do not have the financial means to pursue the Juventus star this summer.

Chiesa has risen to the summit due to his heroic performances at the Euro 2020. He has been immense for Roberto Mancini’s men and has been one of the biggest reasons for Italy’s progression to the Euros final against England.

Nagelsmann’s liking for the player has raised rumours that the Bavarians are eyeing a big money move for the 23-year-old.  But the new Bayern manager was quick to deny the rumours. Chiesa will be entering his second year of the loan with Juventus from his parent club, Fiorentina. The 23-year old has netted 14 goals in his 43 appearances for the Old Lady last season.

The Viola have set an asking price of around £50 million for the young winger. Given the circumstances, Bayern are well out of the race this summer as they are going through a financial crunch.

“Yes, he’s good but he’s expensive, too,” Nagelsmann told Bild. “He’s a top player, with incredible drive. I known him for a long time and I find him exceptional because he often goes for a one-on-one, he tries to shoot very fast.”

The former RB Leipzig manager has also revealed that German international Serge Gnabry may play at a different position this season. Gnabry who is predominantly a winger was deployed as a right wing back by Nagelsmann during their time at Hoffenheim.

“It’s always about thinking: How do our opponents play? So it can be an option, but certainly not the solution for 34 game days,” added Nagelsmann, who joined Bayern from RB Leipzig earlier this summer. “He is not a top-notch solution for this position. Serge’s position is more central in front, on ten, in half-space or on the wing, that’s where he plays his best.”

Nagelsmann is also a big admirer of Dani Olmo from his former club RB Leipzig. But then again Bayern are not in a condition to lure out the Spain international from Leipzig. Hence a move for Belgium international Jeremy Doku will be a very viable option for the Bavarians. 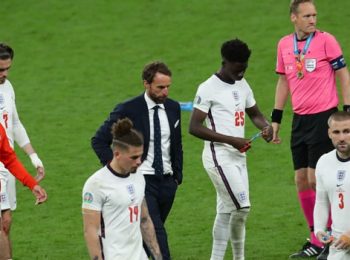 England were beaten on penalties in the Euro 2020 final against Italy after three of their pl... Read More 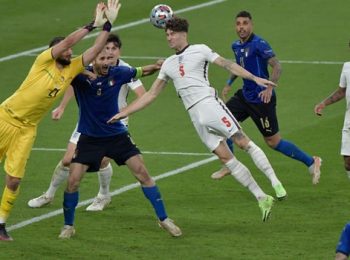 It was an intense final which went down to the penalties and Italy were crowned the Euros 202... Read More 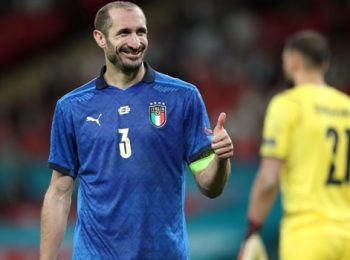